Birds of prey, also known as raptors, include species of bird that primarily hunt and feed on vertebrates that are large relative to the hunter. Additionally, they have keen eyesight for detecting food at a distance or during flight, strong feet equipped with talons for grasping or killing prey, and powerful, curved beaks for tearing flesh. The term raptor is derived from the Latin word rapio, meaning to seize or take by force. In addition to hunting live prey, many birds, such as fish eagles, vultures and condors, eat carrion. Read more

Although the term bird of prey could theoretically be taken to include all birds that primarily consume animals, ornithologists typically use the narrower definition followed in this page. Examples of birds of prey not encompassed by the ornithological definition include storks, herons, gulls, phorusrhacids, skuas, penguins, kookaburras, and shrikes, as well as the many songbirds that are primarily insectivorous. Some extinct predatory birds had talons similar to those of modern birds of prey, including mousebird relatives (Sandcoleidae), Messelasturidae and some Enantiornithes, indicating possibly similar habits. 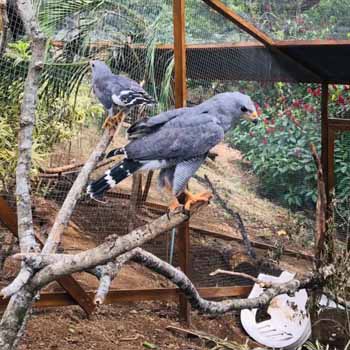