Sloths are arboreal mammals noted for slowness of movement and for spending most of their lives hanging upside down in the trees of the tropical rainforests of South America and Central America. The six species are in two families: two-toed sloths and three-toed sloths. In spite of this traditional naming, all sloths actually have three toes. The two-toed sloths have two digits, or fingers, on each forelimb. Read more

Baby sloths learn what to eat by licking the lips of their mother. All sloths eat the leaves of the cecropia.

Two-toed sloths have a diverse diet of insects, carrion, fruits, leaves and small lizards, ranging over up to 140 hectares. Three-toed sloths, on the other hand, have a limited diet of leaves from only a few trees, and no mammal digests as slowly. Close 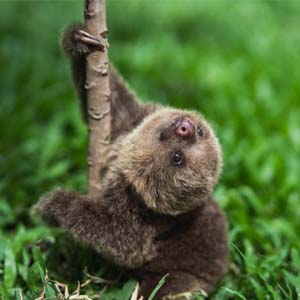 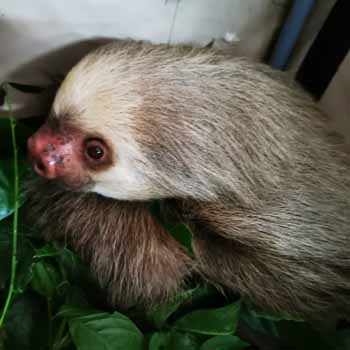 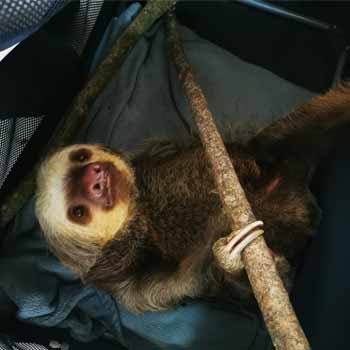 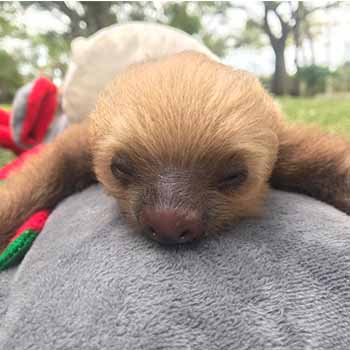 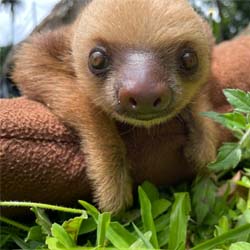 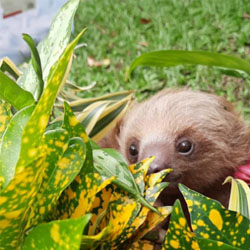 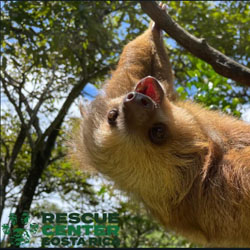