Turtles are an order of reptiles known as Testudines, characterized by a shell developed mainly from their ribs. Modern turtles are divided into two major groups, the Pleurodira (side necked turtles) and Cryptodira (hidden necked turtles), which differ in the way the head retracts. There are 360 living and recently extinct species of turtles, including land-dwelling tortoises and freshwater terrapins. They are found on most continents, some islands and, in the case of sea turtles, much of the ocean. Like other reptiles, birds, and mammals, they breathe air and do not lay eggs underwater, although many species live in or around water. Genetic evidence typically places them in close relation to crocodilians and birds. Read more

Turtle shells are made mostly of bone; the upper part is the domed carapace, while the underside is the flatter plastron or belly-plate. Its outer surface is covered in scales made of keratin, the material of hair, horns, and claws. The carapace bones develop from ribs that grow sideways and develop into broad flat plates that join up to cover the body. Turtles are ectotherms or "cold-blooded", meaning that their internal temperature varies with their direct environment. They are generally opportunistic omnivores and mainly feed on plants and animals with limited movements. Many turtles migrate short distances seasonally. Sea turtles are the only reptiles that migrate long distances to lay their eggs on a favored beach.

Turtles have appeared in myths and folktales around the world. Some terrestrial and freshwater species are widely kept as pets. Turtles have been hunted for their meat, for use in traditional medicine, and for their shells. Sea turtles are often killed accidentally as bycatch in fishing nets. Turtle habitats around the world are being destroyed. As a result of these pressures, many species are threatened with extinction.

The word turtle is derived from the French tortue or tortre ('turtle, tortoise'). It is a common name and may be used without knowledge of taxonomic distinctions. In North America, it may denote the order as a whole. In Britain, the name is used for sea turtles as opposed to freshwater terrapins and land-dwelling tortoises. In Australia, which lacks true tortoises (family Testudinidae), non-marine turtles were traditionally called tortoises, but more recently turtle has been used for the entire group

Most turtle species are opportunistic omnivores; land-dwelling species are more herbivorous and aquatic ones more carnivorous. Generally lacking speed and agility, most turtles feed either on plant material or on animals with limited movements like mollusks, worms, and insect larvae. Some species, such as the African helmeted turtle and snapping turtles, eat fish, amphibians, reptiles (including other turtles), birds, and mammals. They may take them by ambush but also scavenge. The alligator snapping turtle has a worm-like appendage on its tongue that it uses to lure fish into its mouth. Tortoises are the most herbivorous group, consuming grasses, leaves, and fruits. Many turtle species, including tortoises, supplement their diet with eggshells, animal bones, hair, and droppings for extra nutrients. Close 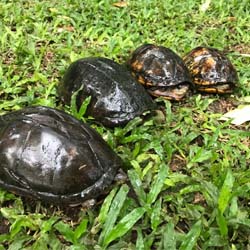 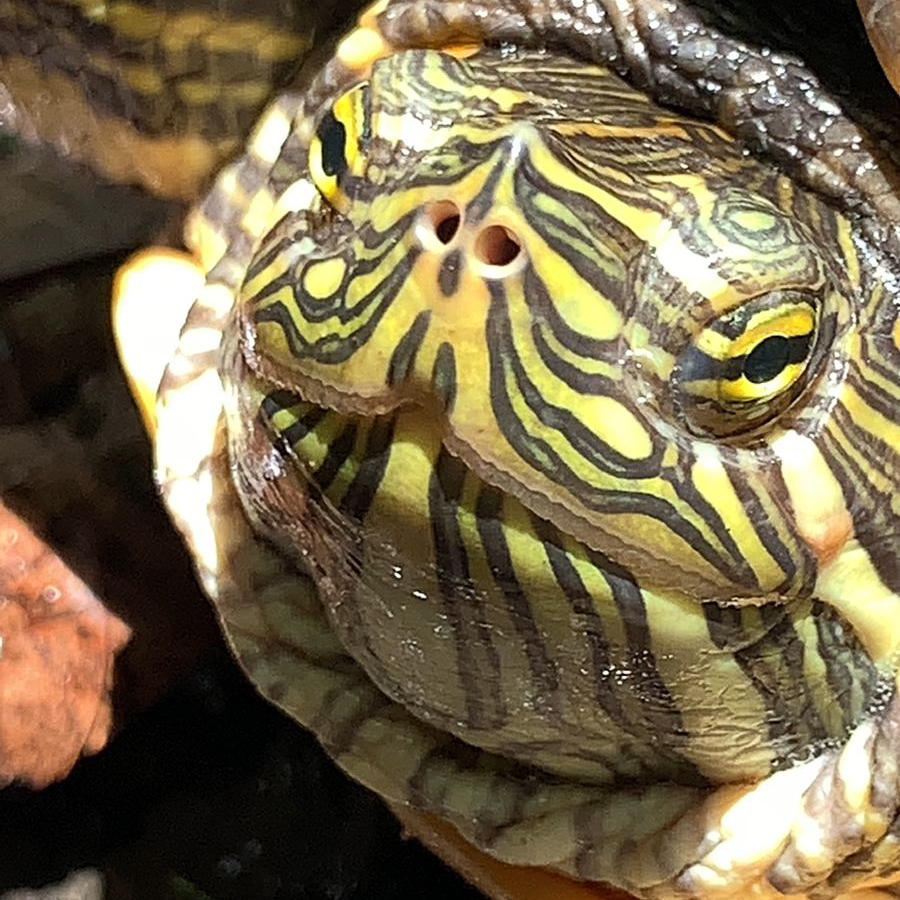