Vanessa Lizano turned her back on her job in a call centre to run a rescue shelter for adorable sloths and monkeys.

If the world is going to be on literal fire in a few decades' time, you may as well spend the rest of your life doing something you actually enjoy. That's where our Quit Your Shit Job column comes in, speaking to people who turned their back on their totally average and uninspiring jobs to pursue something they truly wanted.

This week, we hear from Vanessa Lizano, an environmental campaigner who quit her depressing job at a call centre to co-run an animal rescue shelter in Costa Rica.

VICE: Hi Vanessa! What did you do previously?
Vanessa Lizano:
I worked at a call centre. It was hideous.

Why did it suck?
Anyone who’s ever worked in customer service knows it can be rough, and it wears you down. It was my job to deal with customer complaints. I spent my days listening to angry people while sitting in an artificially lit, air-conditioned room in front of a computer, slowly going insane.

I’d grown up around nature, as my parents owned a rescue centre in Limón, and I’m not someone who responds well to feeling confined. It was never my plan to move to the capital, San José, but in 2013 a fellow activist and close friend, Jairo Mora, was murdered by poachers while trying to protect the sea turtle population, and it was no longer safe for me to stay there. My whole world fell apart, but I had a son to support, so I found the call centre job to support us financially.

I’m a very hyperactive person, and am used to being outside a lot, so the four years I spent working in the office had a really damaging effect on my mental health. I missed the animals so much! I adopted a dog, but it wasn’t enough to scratch the itch – I needed to get back to nature. 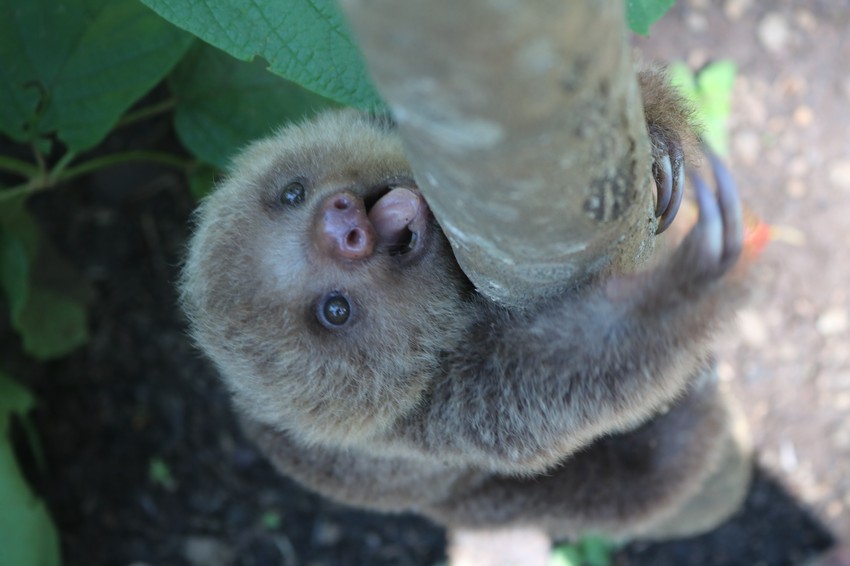 What did you switch to instead?
I co-own an animal rescue centre that works with sloths, monkeys and kinkajous in particular. I’m also an environmental campaigner, and work tirelessly to honour my friend’s legacy.

Was there a lightbulb moment?
I guess because of the trauma, I’d tried to distance myself from the rescue mission. But this was an unsuccessful method of avoiding my feelings, and I slipped into depression. Eventually I went to visit my mum, who’d just rescued a baby sloth. Once I started cuddling it, I burst into tears. I knew I had to get back to conservation.

I guess you could call it serendipity, because as soon as I shared my plan with my parents, they told me they wanted to retire. I decided to move the sanctuary to San José and take it over with my husband. It really felt like coming home, especially because my parents are still very active in the centre.

What do you love most about your job?
The babies! Baby monkeys, baby sloths and baby kinkajous are the best. I also love that conservation feels so natural to me – like an instinct. I’ve never been good with computers and spreadsheets, but hand me a newborn sloth and I know exactly what to do. I also get to meet so many cool volunteers from all over the world, a lot of whom have quit their own shitty jobs in search of something more meaningful.

Are there any downsides?
To be honest, I had way more free time at the call centre. The clock would strike 5 and I’d be out of the door. Now I’m on call 24 hours a day; it’s just the nature of the job. I had a call this morning from a woman who had some monkeys in her house who kept stealing food and being general pests, so I had to send out the rescue team. I guess it’s like being a parent – you can’t really take a break, but you don’t resent it because you love your children.

It’s also really harrowing if you get attached to an animal but can’t save them. We have to remind ourselves and each other that we gave them the best possible care, but it’s tough. This is compensated though by the moments when you release an animal back into the wild after they’ve been rehabilitated. It’s such a magical time, and it’s really uplifting to watch. 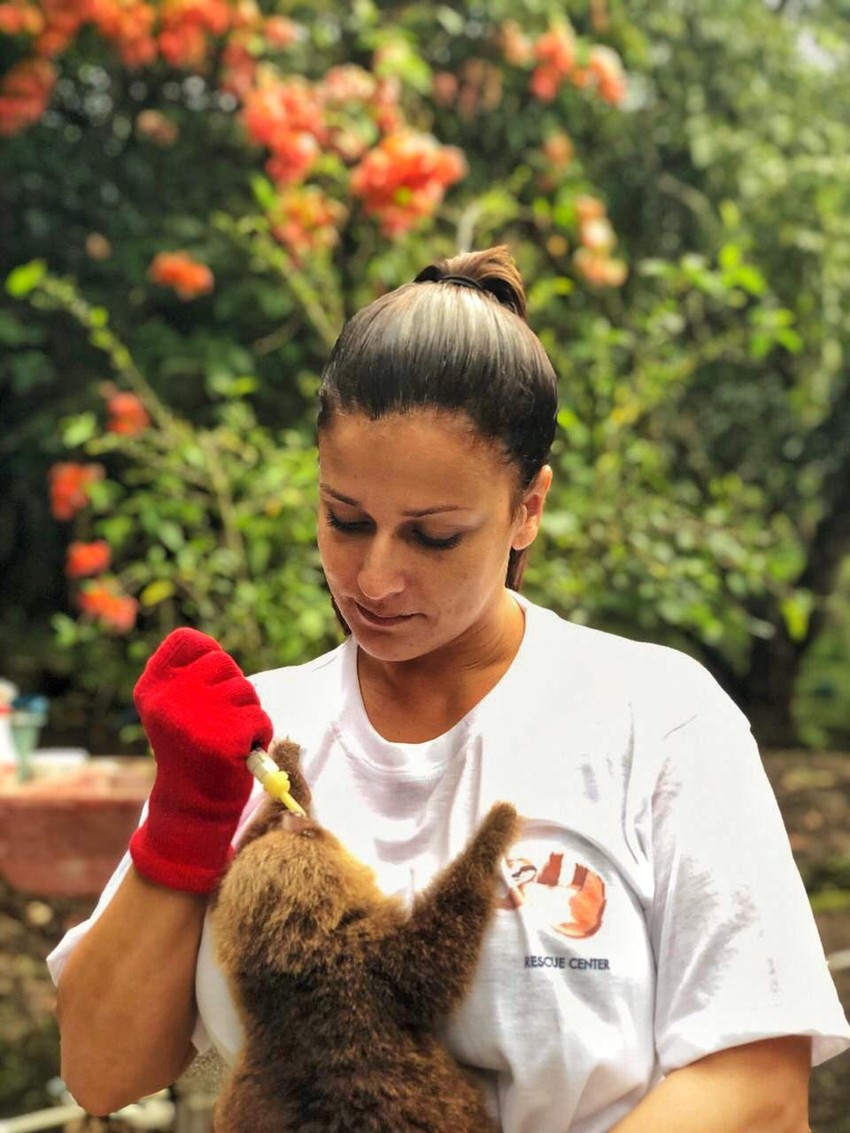 Do you have a favorite?
Yes. I know you shouldn’t, but I do. She’s a sloth called Buddha. She was my first rescue. I found her near the coast, where she was being used as a tourist trap for photos and kept in a birdcage. When I met her, she had a big pot belly because of malnourishment, hence her name. She’s still with me – we’ve become a bit inseparable. I’ve tried various times to put her into the trees, but she just comes back to the centre looking for me and my mum, so I’ve given up now!

Have there been any funny moments?
An occupational hazard is getting peed and pooped on by baby monkeys sitting on your head. It’s just part of the job. I always warn new volunteers – who think I’m mad – until it happens to them!

What’s something that most people don’t know about sloths?
They have sex really fast. I’m talking ten humps and out. People always think they’re slow, but when it comes to banging, they’re very efficient.

What do you wish you'd known about your new job before you started?
That taking care of volunteers is like being a teacher; it’s a lot of responsibility and can be stressful. Ultimately though, it’s super rewarding, and I get a lot out of it – as do the animals!

What was the single worst part of your dull job?

One guy used to call EVERY. SINGLE. DAY. He was super old, and was very creative with his complaints. It was annoying, but I soon worked out that he just wanted someone to talk to, and then I didn’t mind so much. I never thought when I took the job that I’d be providing a phone therapy service, but in the end I quite enjoyed it. 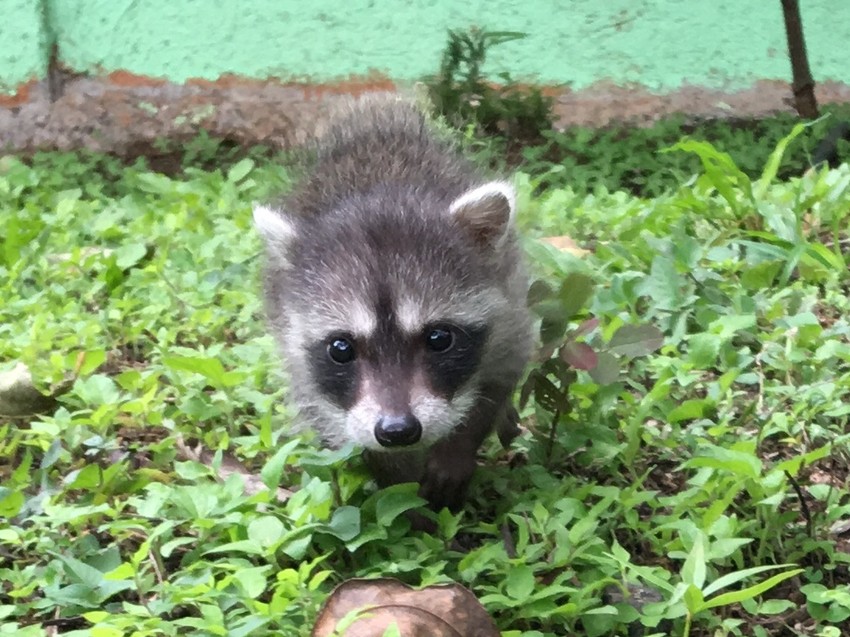 Rate your life out of 10 before, and now:

Four. It wasn’t the worst because I could pay my bills, but I felt dead inside. Now it’s at least 11! I’m so much happier in this role, and so glad I made the switch.

How do you feel when you talk to people in shit jobs?
It’s sad because I believe that sometimes people get stuck in a situation and feel trapped. I try to remind people that you always have options. And even if you don’t have the luxury of switching jobs, you can make adjustments to your life to make it more enjoyable. It sounds corny but we have no idea what’s coming down the line for us – I believe we have to live in the moment. You have to try to make the best of what you can while you can. Life’s too short.

Wow, that’s deep. What advice would you give other people who hate their jobs?
Make the jump. And do it quickly. Make a plan and start moving, because you only live once. Slowly dying at a desk makes no sense. And if, for instance, you’re in need of an interlude in your career and fancy making some new animal friends, come and volunteer at the rescue centre!